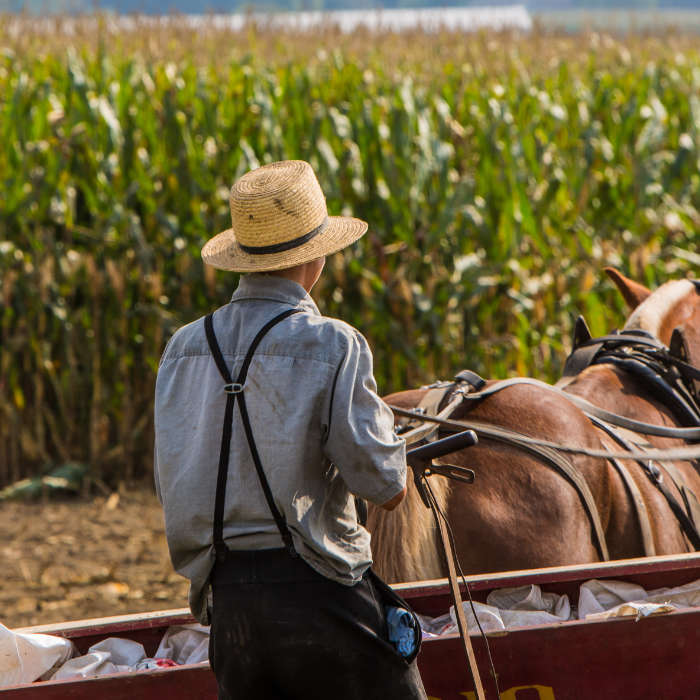 To many of our patients, Dr. Wang is much more than their doctor. He is also their friend.

Dr. Wang treated an Amish young man named Robert for an unexplained condition that was causing skin problems. As it turned out, two of Robert’s younger siblings also had the same condition.

While treating the three siblings, Dr. Wang became concerned about the possibility that they had brain aneurysms. Diagnostic testing revealed that Robert’s two siblings were fine, but he did indeed have a small aneurysm. Although the chances that it would burst were minimal, Dr. Wang explained the problem to Robert’s widowed mother, telling her about the symptoms she needed to watch for and what to do if something happened.

One day while Robert was working in their barn, the aneurysm burst. Because his mother was aware of what could happen, she knew exactly what to do. Robert was rushed to the hospital where he was then life-flighted to a large Cleveland hospital to undergo brain surgery. Happily, his surgery was a success, and Robert was back home and recovering after three days.

Robert’s experience led to a special friendship with Dr. Wang, and he wrote him this letter:

How are you doing these nice April days? Hope fine. I am fine as far as I know.

I was now 2 times in the hospital, 2 squads and 2 helicopter rides and I never noticed it. I was glad that I never noticed it. The last time I went in what my problem was I could barely breathe anymore. But now what I know I’m doing well. I hope to stay like this. My one anirizon is now operated but I got another one; too bad.

Levi is now out plowing; and I am writing a letter for you. And Mom is sweeping the floor; and the hired girl is washing the clothes; and now our hired hand went to Mount Eaton Lumber that sawmill to work today. I wonder what you are doing today; probably doctoring people. Well we hope to see you sometime in the future.

Well our school will go out this Thursday. Well I guess I should quit before my pen gets empty. So you may come back or write back. So I wish you the best. See ya.

Robert and so many of our other patients are like family to us. These special friendships touch our hearts and bring lasting joy to the work we do.