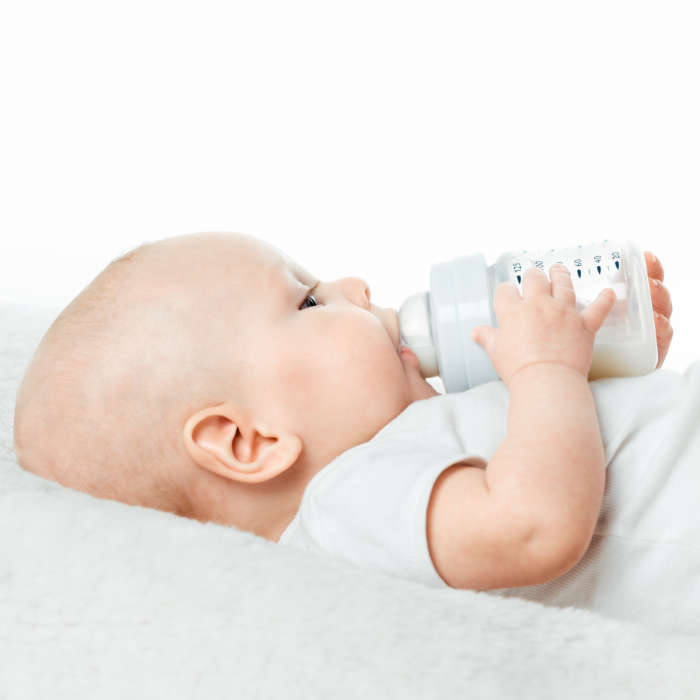 Sometimes a small change can make a big difference in a child’s life.

John, Ada, Sam, Mary and David – five Amish babies born to different families – had the same severe symptoms. Chronic diarrhea, weight loss and severe dehydration kept them hospitalized for months. Baby Ada was hospitalized for her first three months, while baby John was kept for nearly six months. Their parents wondered if they would ever be able to take their children home.

What these children had was so rare that the hospital’s gastroenterologists had never seen an actual case before and were unable to diagnosis it. The parents of these babies traveled to the hospital countless times, only to see their children losing weight and their stomachs becoming increasingly distended.

As the children grew worse, their parents, having heard about our work from other Amish families, brought their children to our clinic. Dr. Wang determined that all the children had the same rare disease – glucose-galactose malabsorption (GGM). The condition usually appears in newborn infants soon after birth and, if not properly treated, can be fatal.

Treatment for these children involved changes to their diets. Children who suffer from GGM cannot be breast-fed and must be treated with a special carbohydrate-free baby formula. After the children were started on the formula, they all began to show immediate improvement. With the formula and a special diet, the children were able to live a fairly normal life.

Little Joseph was another child who suffered from glucose-galactose malabsorption. At just three days old, his stomach became distended, and he started having severe diarrhea. His parents’ anxiety grew as their baby’s condition continued to decline.

At about the same time, our clinic’s newsletter was mailed and Joseph’s parents read about glucose-galactose malabsorption. Believing Joseph had the symptoms they read about, they immediately brought their baby to our clinic.

Upon examining Joseph, Dr. Wang confirmed that the baby had GGM and would need to be hospitalized. After lengthy discussion with Joseph’s parents, instead of admitting the baby to the hospital, Dr. Wang came up with an outpatient care plan. He sent Joseph home with a supply of the special formula, and the baby began showing improvement right away. When Joseph returned to see Dr. Wang the following week, he was completely rehydrated and to his parents’ relief, he started to put on weight soon after.

Today, GGM continues to strike newborns. Our clinic is grateful to the mothers in our community who educate other mothers about this devastating disease, helping us to ensure that affected babies get the life-saving formula they need.