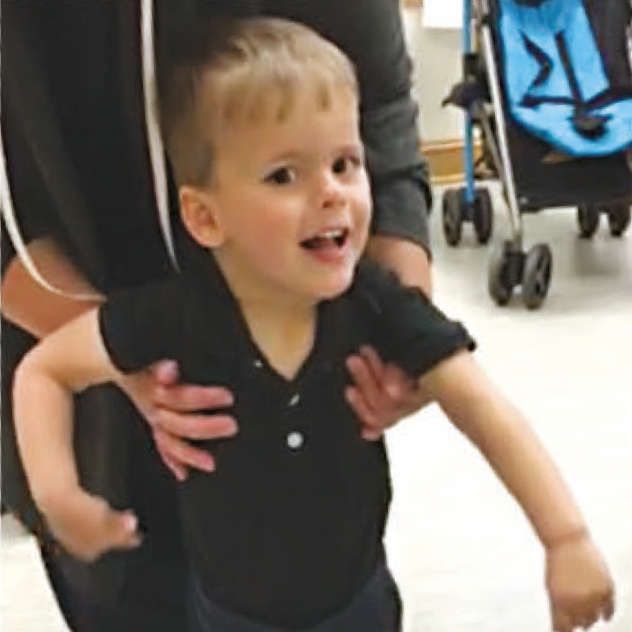 Kaden was born with significant developmental disabilities. He had never learned to crawl or walk and spent much of his day lying still, interacting little with those around him. At age four, he was the development equivalent of an 18-month old.

After several years of doctor and hospital visits with no answers and his condition worsening, his parents, having heard about our work with special needs children, decided to make the two-hour trip north to our clinic.

At the initial office visit, Dr. Wang made a diagnosis – Kaden had SAMS Association. He was one of 20 children our clinic was treating at the time for this rare genetic disorder named for the acronym of its very serious clinical risks: stenosis, aneurysm, Moyamoya disease and stroke.

Because of narrowing blood vessels in his brain, Kaden was at significant risk for stroke. But there was also reason for hope. Our clinic had established a treatment plan for SAMS patients using IV infusions of a medication originally developed to treat rheumatoid arthritis. The hope for Kaden was that the medication’s anti-inflammatory properties might help limit his disease progression, reduce his risk for stroke and prevent further physical and intellectual disabilities.

Kaden began treatment and his progress exceeded everyone’s expectations. After just two months, his disease progression not only stopped, but reversed. MRI scans revealed opening of his brain’s constricted blood vessels. His developmental assessment scores increased by two and half years.

A happy and energetic boy, Kaden continued to progress. As time went on, a smiling Kaden took some purposeful steps across our exam room, with his mother supporting him. Kaden’s treatment truly made a difference in his quality of life. We remain hopeful that he and other young children receiving treatment for SAMS will continue to improve and maybe someday, be able to walk on their own.